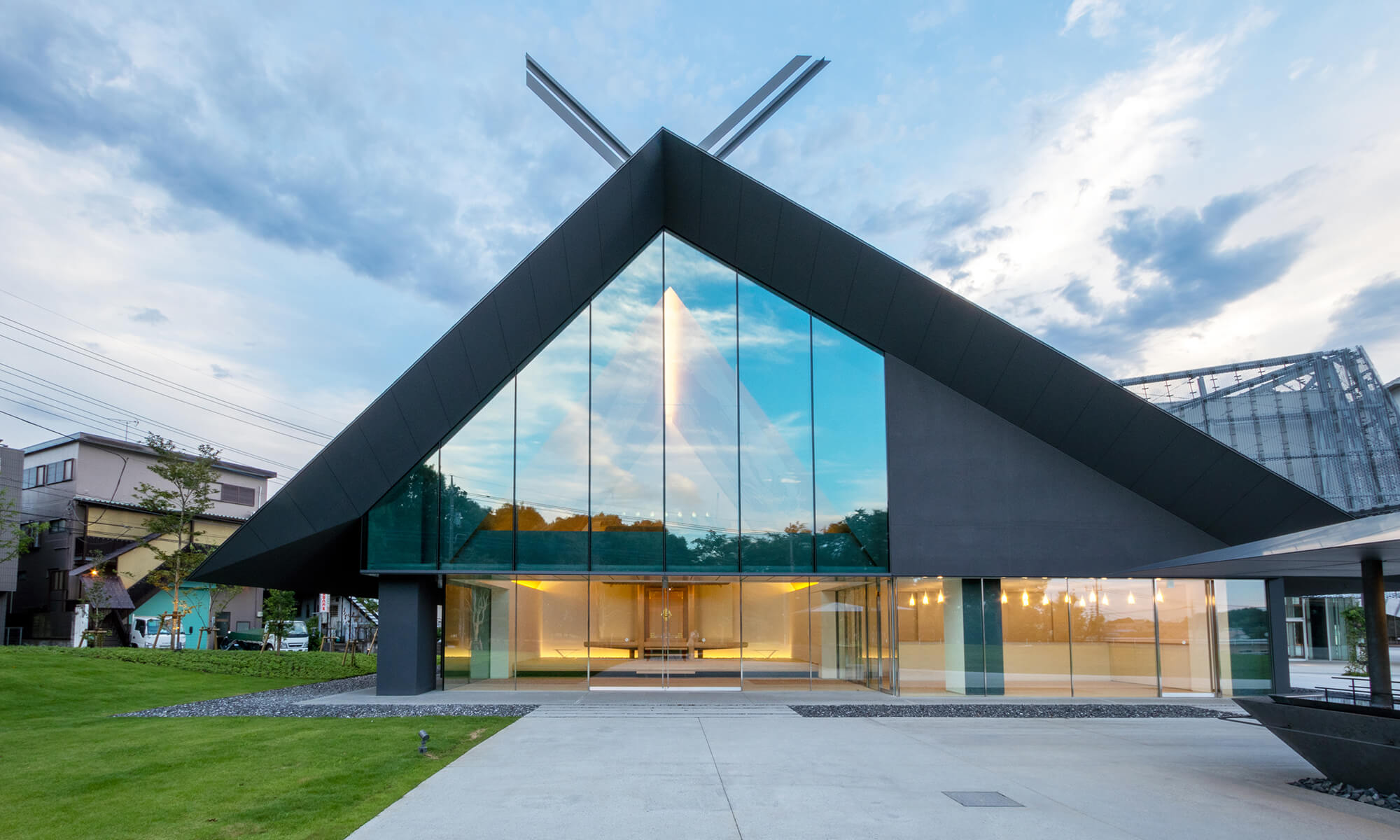 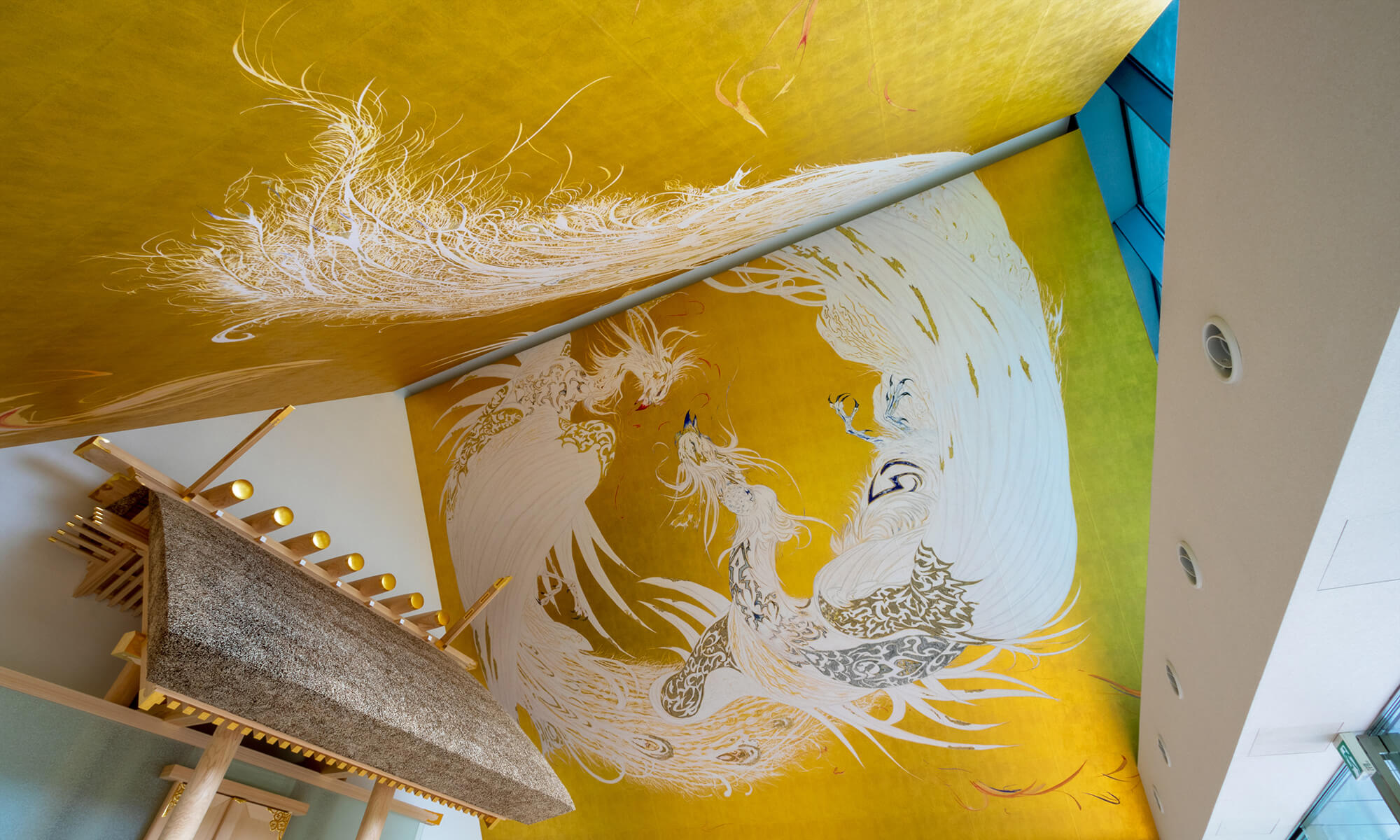 Musashino Reiwa Jinja is located in the Tokorozawa Sakura Town complex in the city of Tokorozawa, Saitama Prefecture. The shrine prays for the safety and prosperity of Sakura Town’s operations and serves as an organic link between them. The shrine acts as: (1) a place of prayer on the Musashino Plateau, a sanctuary of “Cool Japan” overlooking Mt. Fuji; (2) a place for rest abound with water and greenery, where people can feel at ease away from the hustle and bustle of daily life; and (3) a place of vitality flourishing with locals and visitors that invigorates the community and performs public functions. In these three capacities, Musashino Reiwa Jinja aims to create and tell a new story from Tokorozawa.

About the Shrine Name

Manyoshu, the oldest extant anthology of Japanese poetry from which the Reiwa imperial era name was taken, is set in Musashino. The shrine, enshrined in Tokorozawa Sakura Town in the Musashino area, was named by Susumu Nakanishi, a scholar of Japanese literature. The official shrine name is “Musashino Nimasu Uruwashiki Yamato no Miyashiro,” commonly known as “Musashino Reiwa Jinja.” Reiwa refers to “uruwashiki Yamato” or “beautiful Japan,” literally meaning “Cool Japan.” This name, which befits a shrine built on a sanctuary of Cool Japan, was given in the hope that the beautiful, dazzling culture of Japan will continue to develop everlastingly. 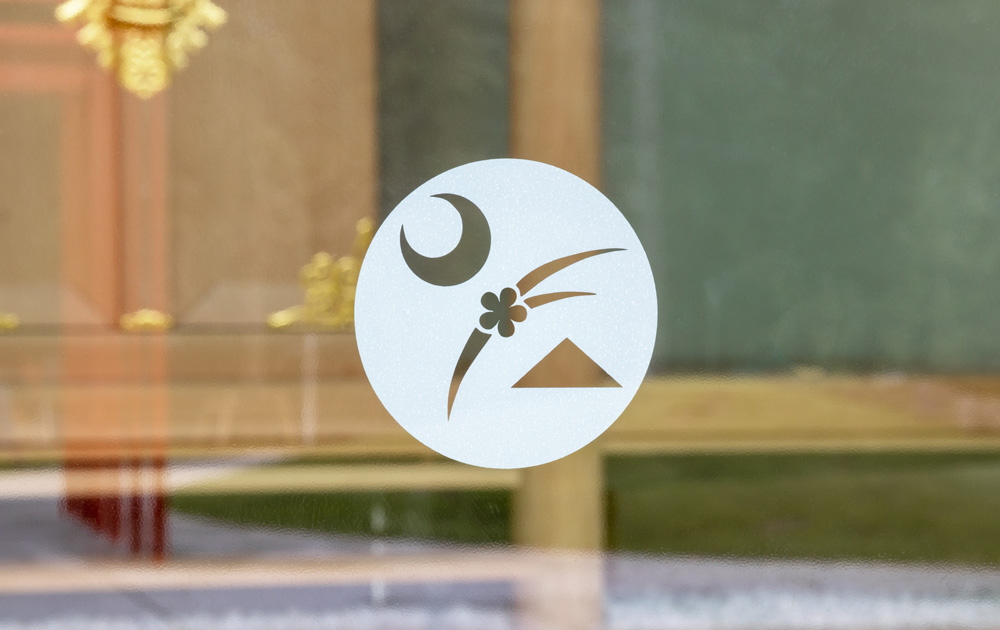 Reiwa means “uruwashiki Yamato” or “beautiful Japan.”
The character for “rei” expresses refinement, as exemplified by its use in the Japanese words “reijo” and “reisoku,” which are respectful ways of referring to other people’s daughters and sons, respectively.
It suggests gracious, dignified beauty that embodies the spirit of self-discipline and noble living.
This is my impression of “rei,” and I believe it is the closest character to the Japanese word for “uruwashii (beautiful).” 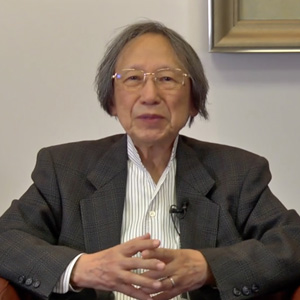 As an honorific title, the divine authority that resides in all contents is referred to as “Kotodama no Okami.” The contents range from high culture to pop culture and from academic to entertainment originating in Yamato or Japan, including poetry, novels, music, paintings, movies, stage performances, anime, comics, and games.

Contents such as literature, art, and performing arts are not only offerings that humans make to gods; they are also gifts that humans receive from gods. Based on the idea that contents are two-way mediums that connect gods and humans, the shrine offers divine blessings to support artists, creators, and other contents developers, as well as blessings to soothe people’s hearts with the sacred power of contents. In addition, the shrine offers blessings for marriage and various partnerships, including partnerships between people, between people and places, between people and things, and between people and matters. The shrine, as the first of the 88 “sacred” anime spots in Japan and as their gateway, offers blessings for travel safety to tourists who are about to embark on their pilgrimages.

“When the god Susanoo of Izumo and the goddess Amaterasu of Ise were invited to this land of Musashino, sacred phoenixes flew from the heavens and danced here to celebrate. It is truly significant that this phoenix should be regarded as a guardian, and that the gods of healing, creation, and contents are combined and enshrined at Musashino Reiwa Jinja as Kotodama no Okami.” 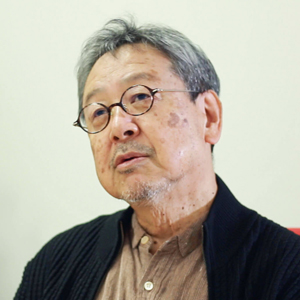 Baku Yumemakura is a writer born in Kanagawa Prefecture on January 1, 1951. He made his writing debut in 1977. He has since released series works, such as Chimaera, Legend of Hungry Wolves, The Emperor’s Sword, and Onmyoji. In 1998, he received the Shibata Renzaburo Award for The Summit of the Gods. He won the Izumi Kyoka Literary Prize and the Funahashi Seiichi Literary Prize in 2011 for The Covert Anglers of Old Edo and the Yoshikawa Eiji Literary Prize in 2012 for the same work. 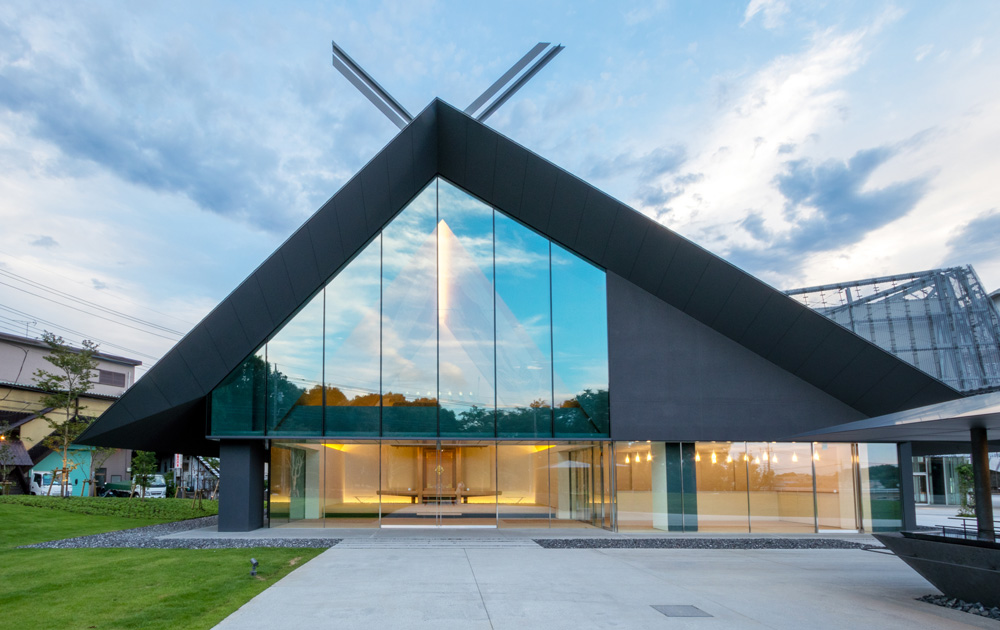 World-renowned architect Kengo Kuma supervised the design of Musashino Reiwa Jinja. While adhering to the architectural style of traditional shrines, it uses metal, a modern architectural material, to construct symbolic Shinto structures and components, such as torii gates and chigi roof finials. Fusing archaic and modern styles, the architecture of the shrine is appropriate for the new imperial era of Reiwa. The two intersecting forked roof finials, one with a vertically cut end symbolizing the male deity and the other with a horizontally cut end symbolizing the female deity, soar silently toward the sky as if to deliver people’s prayers to or receive a revelation from the deity.
Offering sincere prayers to the gods has been embedded in the lives of Japanese people. Prayers are made for a good harvest, prosperity of descendants, and protection from natural disasters and epidemics.
Shrines have been the nexus of community since ancient times and serve as public spaces for prayer to the present.
Musashino Reiwa Jinja is Kengo Kuma’s architecture for prayer.
We believe it has the power to heal people’s hearts and restore the lost light as we transition into life after COVID-19. 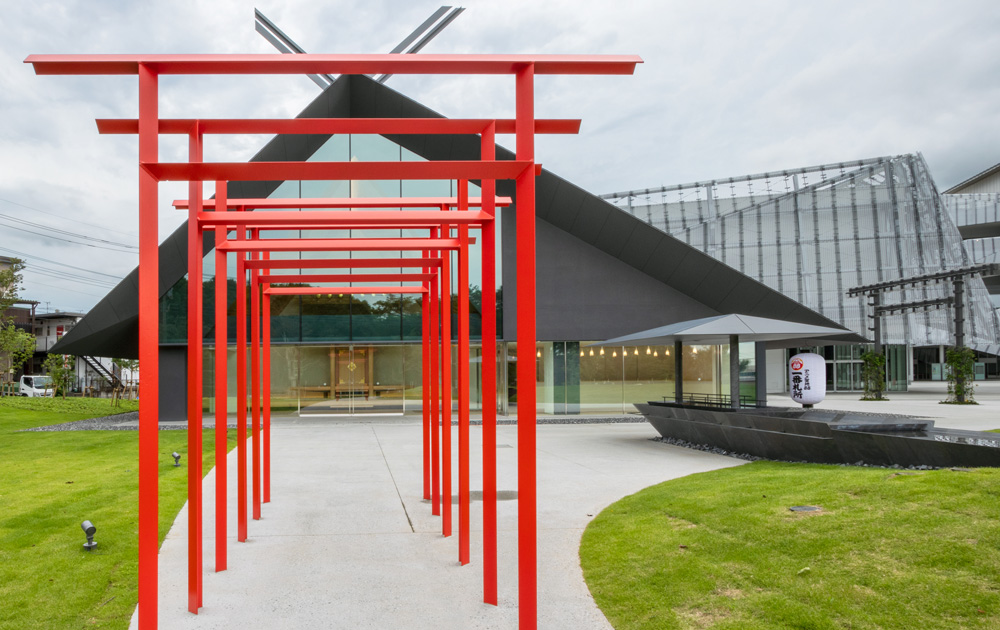 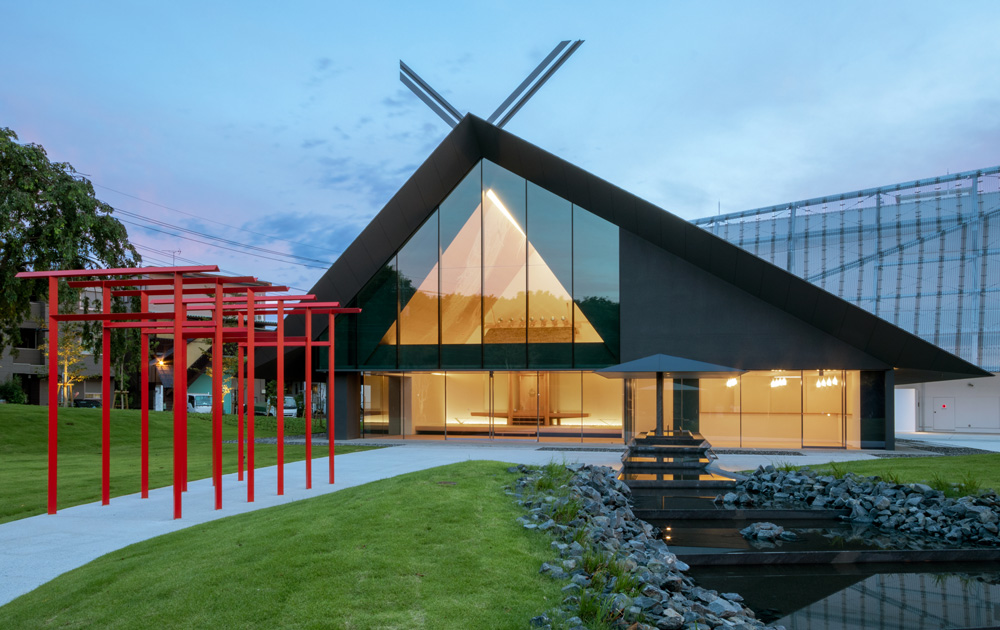 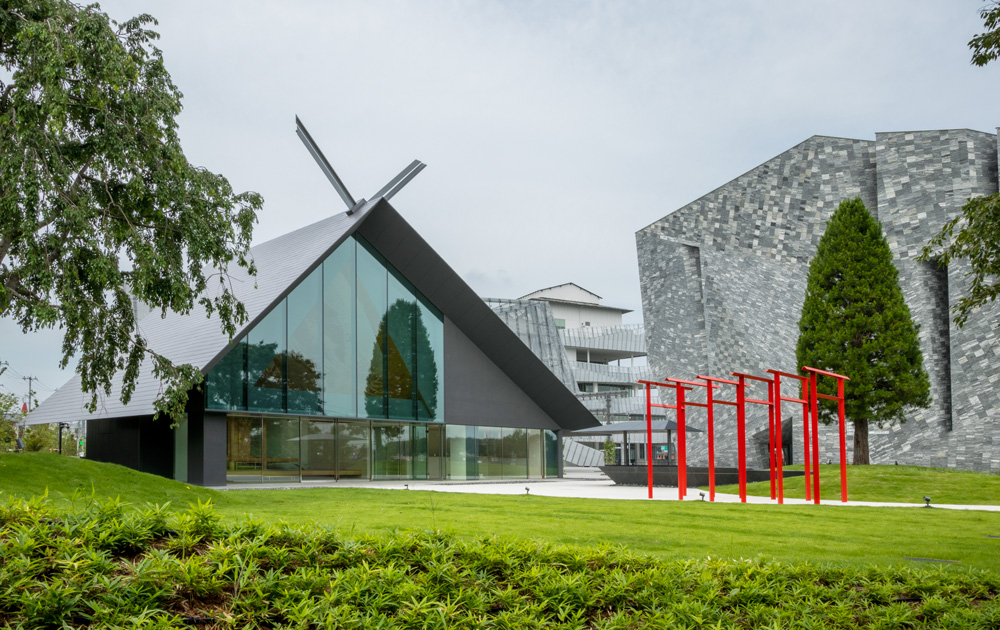 “A complex of this scale needs a shrine,” Chairman Kadokawa said to me. It dawned on me then that culture is connected to the land and the universe, and that Japan has a long history of shrines connecting culture and the universe as well as culture and nature. 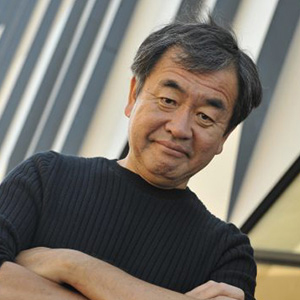 Kengo Kuma completed postgraduate studies in architecture at the University of Tokyo. He is currently a professor at the university. He has designed structures in more than 20 countries and has received numerous national and international awards. He proposes warm, soft, human-scale designs, aiming to create architecture that blends in with the local environment and culture.

“I decided to paint phoenixes that flew in from the future, not from the past.” 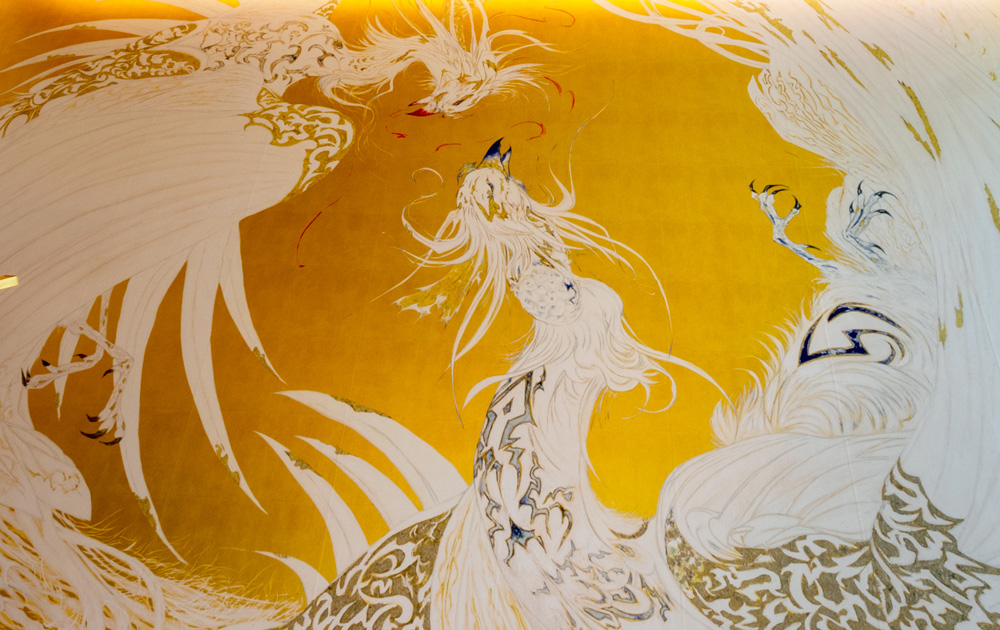 Yoshitaka Amano is a person of multiple talents, creating character designs for the world-famous Final Fantasy role-playing game series, as well as book designs and stage art. His perceptive and unique worldview continues to fascinate fans around the world. His ceiling painting at Musashino Reiwa Jinja’s worship hall features phoenixes, the symbol of KADOKAWA. 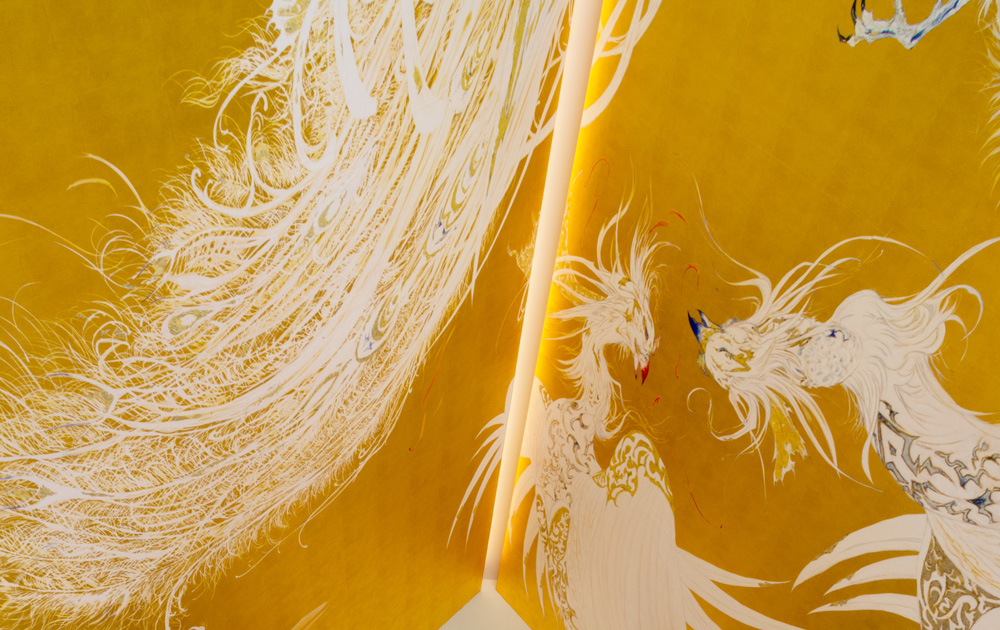 I had long dreamed to create a ceiling painting, ever since I was left awestruck after seeing the Sistine Chapel ceiling and Tanyu Kano’s “Dragon in Clouds” in the head temple of Daitokuji Temple. I wanted to create a painting space that would liberate the hearts and minds of visitors. My theme was phoenixes that came not from the past but from the future. 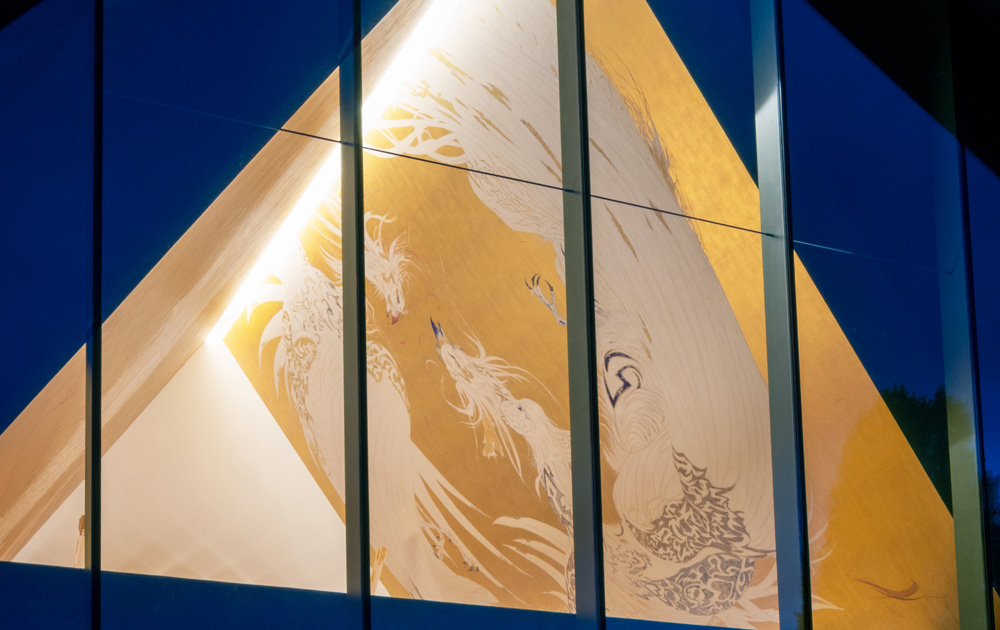 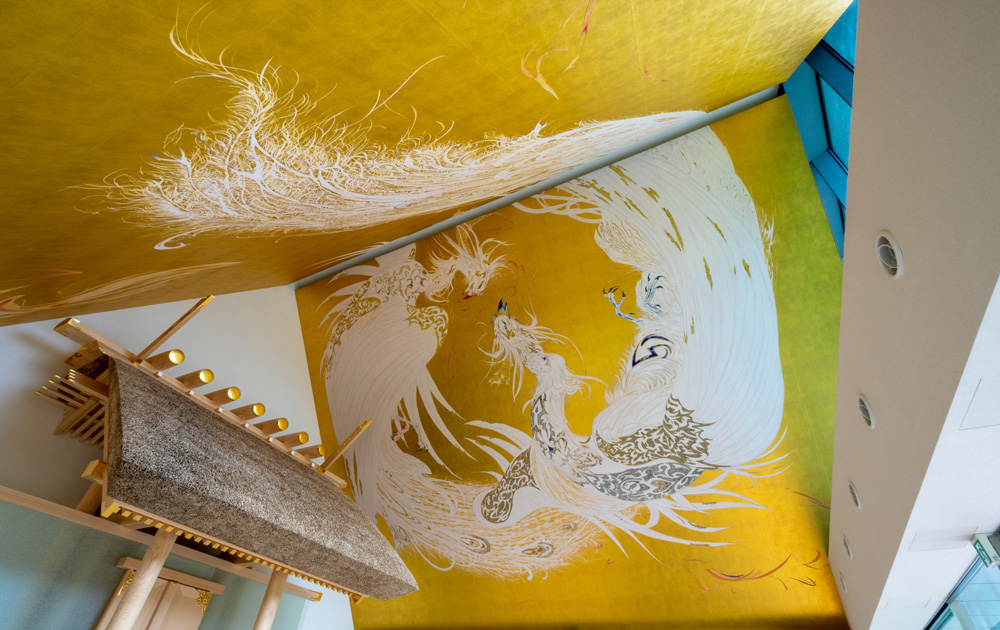 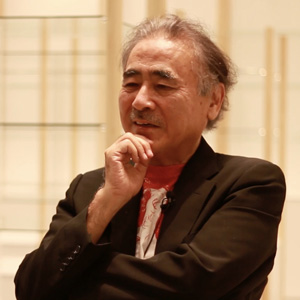 Yoshitaka Amano is a painter, character designer, illustrator, and bookbinder. He also works in stage art and costume design. His bewitching and magical drawings with a delicate touch are popular all over the world.
1987: Character designer for Final Fantasy
1992: Stage art for Yang Guifei
2001: Costume design for Onmyoji

Since the seventh century, the Japanese wolf has been called “Okuchi no Magami,” meaning “a true god with a large mouth.” Though this subspecies is believed to have become extinct after 1905, it has been spotted and photographed in recent years in Chichibu, Saitama Prefecture and on the Sobo Mountain range in Oita Prefecture. The Japanese wolf is associated with Japanese culture, customs, and Shintoism, and has been enshrined at many shrines as deities or as messengers of gods (attendants). 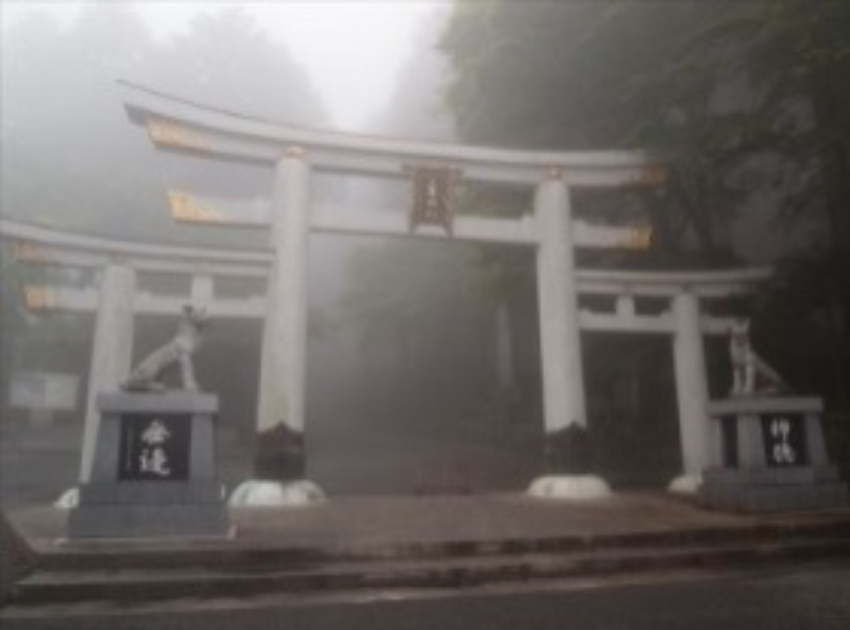 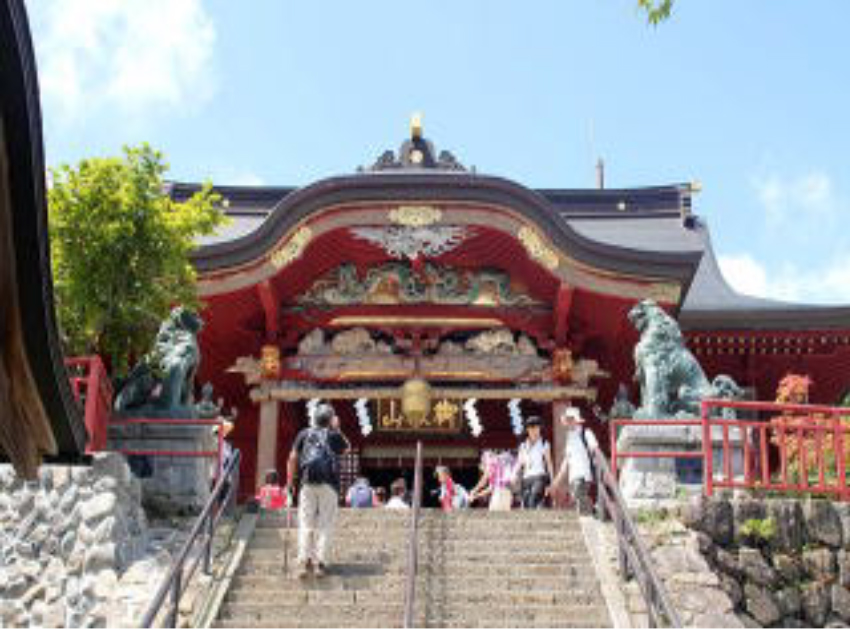 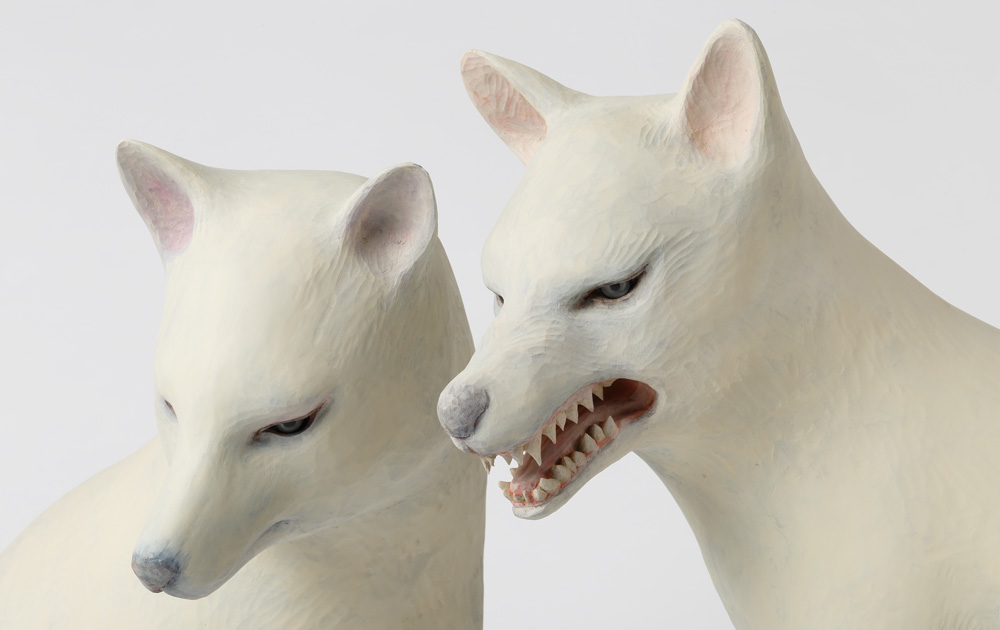 The statues of divine messengers (guardian dogs) at Musashino Reiwa Jinja are based on the Japanese wolf and were created by sculptor Yoshimasa Tsuchiya. The wolf faith spread across the former Musashi Province, centered around Mitsumine Shrine in Chichibu City and Musashi-Mitake-jinja Shrine in Ome City. According to Nihon Shoki (Chronicles of Japan), a white wolf guided Yamato Takeru no Mikoto who was lost in the mountains and saved him from his predicament. The statues, which serve as a guardian of the gods and as a guide for people who lost their way, are enshrined by the shrine’s main building in Musashino. 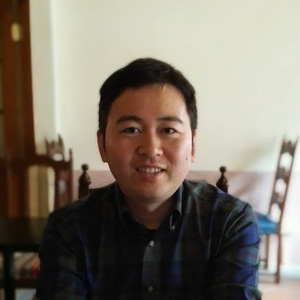 Yoshimasa Tsuchiya is a sculptor. After graduating from the Department of Sculpture at Tokyo University of the Arts, he studied classical techniques and restoration of Buddhist art at the university’s graduate school. His wood carvings made of cypress or camphor are inlaid with eyes made of crystal or other material. His motifs include real animals, such as horse and sheep, as well as mythical beasts, such as unicorn and the qilin Chinese unicorn. They are characterized by their soft texture and tranquil presence, like creatures out of a fable. His works are featured in many book bindings. 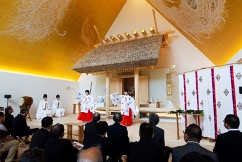 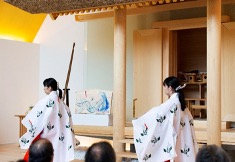 Hideki Togi is a performer of Gagaku, a type of ancient Japanese court music. The Togi family is one of the gakke music families that have passed down the Gagaku tradition for 1,300 years from the Nara period (710–794) to the present. Due to his father’s work, Hideki spent his childhood abroad and grew up influenced by different genres of music, including rock, classical, and jazz. After graduating from high school, he joined the Music Department of the Imperial Household Agency. There, he played mainly the hichiriki flute but also the biwa lute, drums, and cello. He also sang and danced. He has performed at court ceremonies and Gagaku concerts held at the Imperial Palace. In addition, he has participated in overseas performances, helping to promote traditional Japanese culture and international friendship. His passions include creating unique music that combines the sounds of Gagaku with piano and synthesizers.

At Musashino Reiwa Jinja, an original Gagaku music composed by Hideki Togi and a miko shrine maiden dance he choreographed are performed and dedicated to the gods. It is a novel performing art that draws on tradition yet suits the new imperial era of Reiwa. 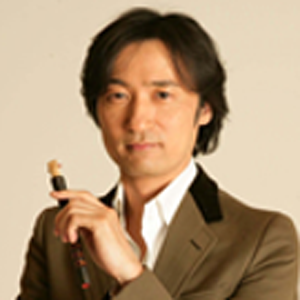 Hideki Togi entered the limelight in 1996 with his debut album Togi Hideki and has since released a series of albums. In 2002, he was in charge of the stage music for Oedipus Rex directed by Yukio Ninagawa for which he received the Outstanding Staff Award at the Yomiuri Theater Awards. He also composed the music for the 2003 release film Blue Light, also directed by Yukio Ninagawa. 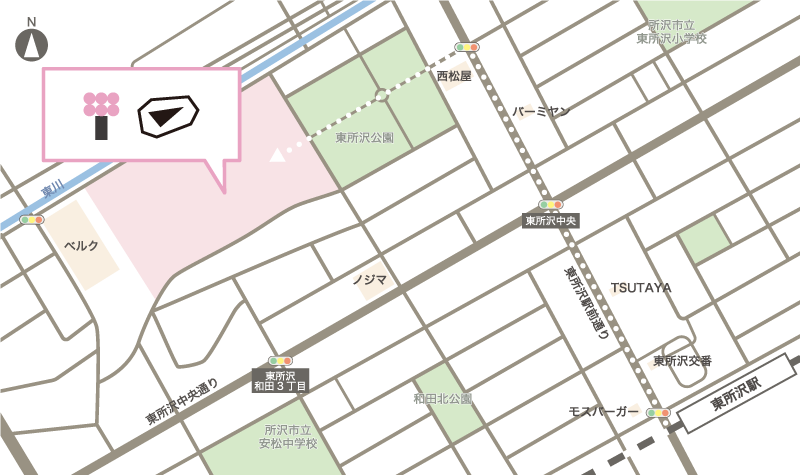 ● Where did the enshrined deities come from?

The main deity, Amaterasu Omikami, is the apportioned spirit of Amaterasu Omikami at Tokyo Daijingu, which KADOKAWA has revered since its founder headed the company. Musashino Reiwa Jinja also worships Susanoo no Mikoto enshrined at Hongo Hikawa Shrine, the local tutelary shrine.